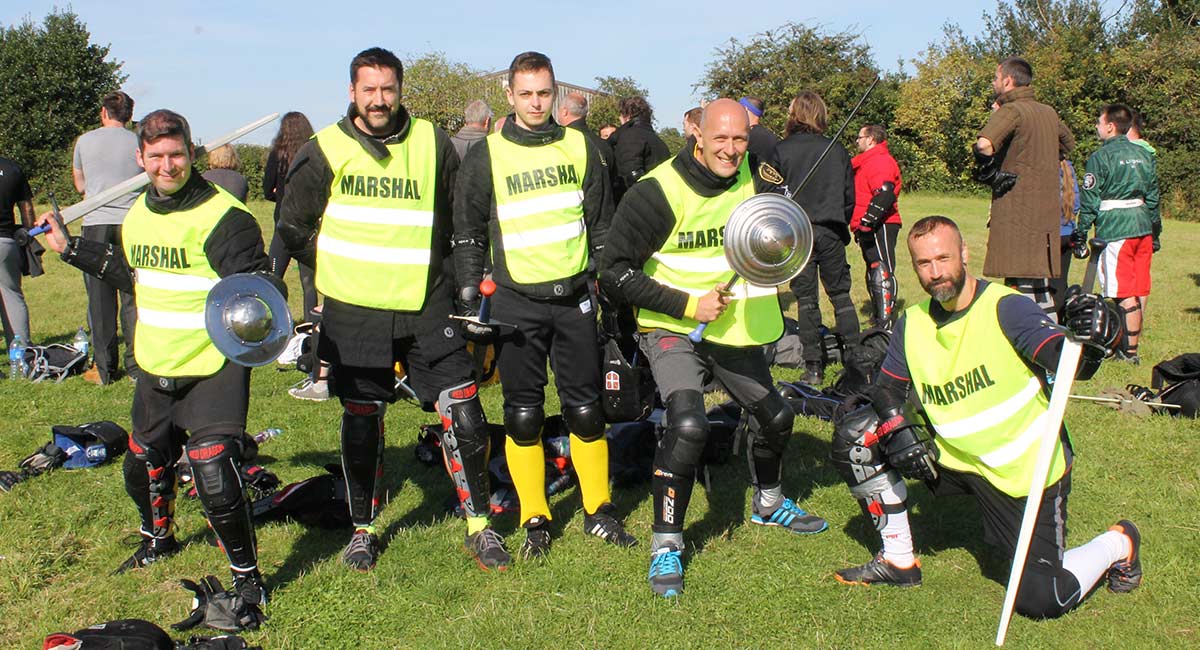 Schola Gladiatoria is one of the UK’s oldest and most respected HEMA schools, established in 2001 by Matt Easton.

The school primarily focusses on the medieval fighting system of Fiore dei Liberi, with particular focus on dagger and longsword, and the British military systems for the use of sabre, cutlass and bayonet of the 19th century.

Schola Gladiatoria has an impressive competition medal record dating all the way back to 2001 and has consulted TV and movie companies, as well as presenting at museums, schools and conventions.

We are the hosts of FightCamp, the UK’s biggest HEMA event, as well as newer event Skirmish.