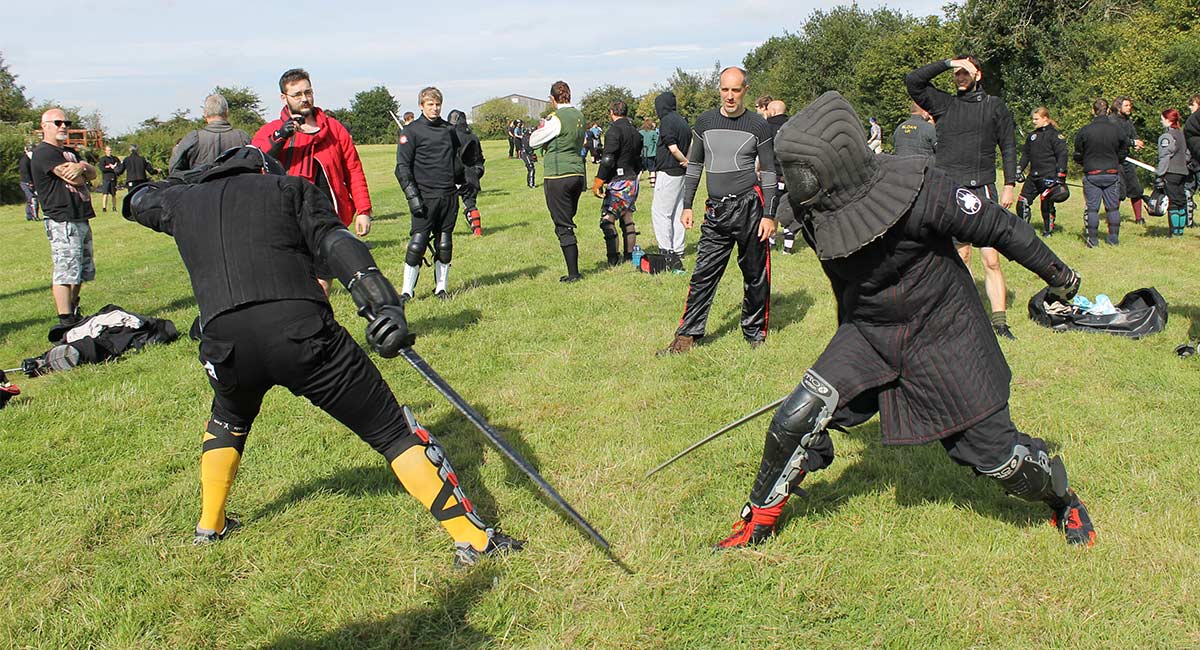 Historical European Martial Arts is a modern blanket term for a variety of martial arts traditions originating in Europe. Manuals which we have historical treatises or instructions for.

We have technical sources describing these combat systems in detail, going back to the 14th century, from countries all over Europe.

These systems cover medieval sword and buckler, two-handed swords, renaissance rapiers, rapier and dagger or various other companion weapons such as cloaks, backswords, smallswords, cutlasses, sabres and many more.

Swords are still popular cultural items, featured in movies and video games. Historically, they were common sidearms which could be worn, and this led to complex fighting systems for self defence and duelling, as well as war.

However, it’s not all about swords. Many other weapons and also unarmed martial arts are also covered.

Many HEMA practitioners learn how to fight with daggers, quarterstaffs, spears, wrestling and lots more. Some of the treatises we study teach a range of weapons and also unarmed fighting within one unified system.

The main focus of most HEMA schools today is to teach a method of fighting in the manner that it was intended to be used when it was implemented in a historical setting.

Many HEMA schools focus on one or a few historical systems. Some HEMA practitioners compete in modern sporting contests to test their training and understanding of their martial art under pressure.

HEMA saw its most recent revival in the 1990s, when the internet enabled the spread of historical treatises. Since then it has continued to grow in popularity and has spread across the world, from Brazil to Japan.

The number of HEMA clubs in the UK has approximately trebled in the last 15 years.

HEMA attracts practitioners from all walks of life and enjoys plenty of interaction and even friendly competition with other martial arts.

HEMA is open to all and is great for exercise and confidence. For those with a historical passion, the potential for research and learning is almost endless.